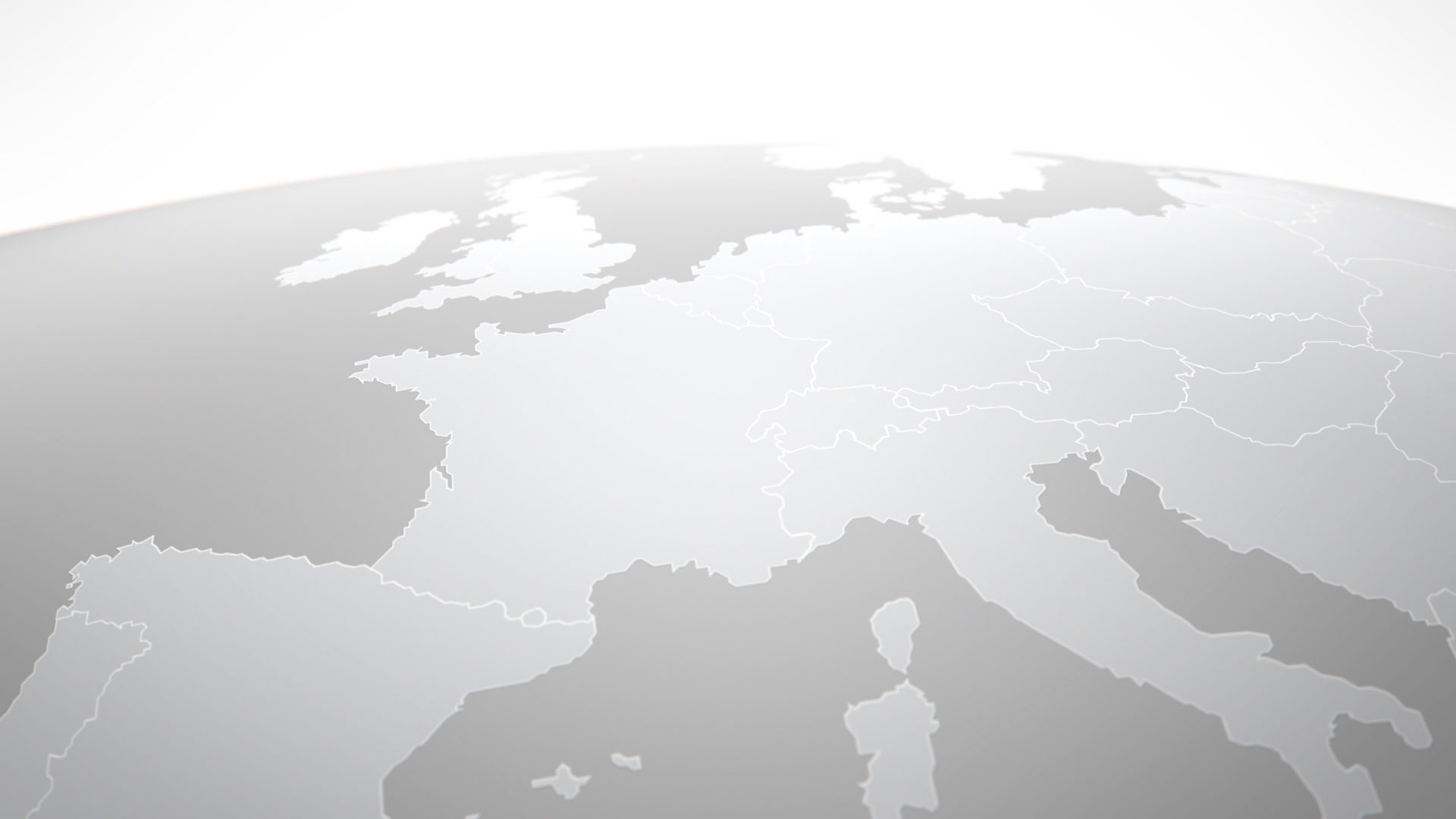 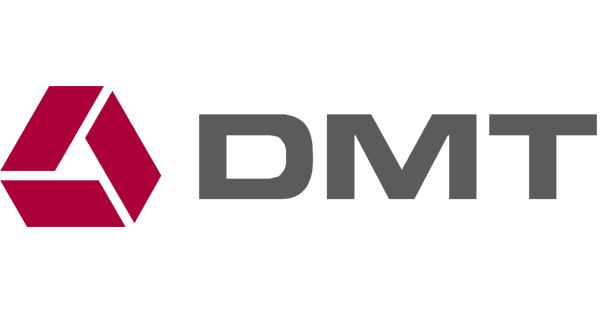 DMT, a member of the TÜV NORD GROUP, offers complex solutions in the field of geotechnical monitoring, including customer-specific development of hardware and software components. In this field, DMT is a service provider for the international mining industry with customers in all relevant mining regions worldwide.

DMT is EIT Raw Materials core partner allocated to CLC Eastern. As lead partner, DMT is responsible for the coordination and governance structure of UNDROMEDA.

END_OF_DOCUMENT_TOKEN_TO_BE_REPLACED 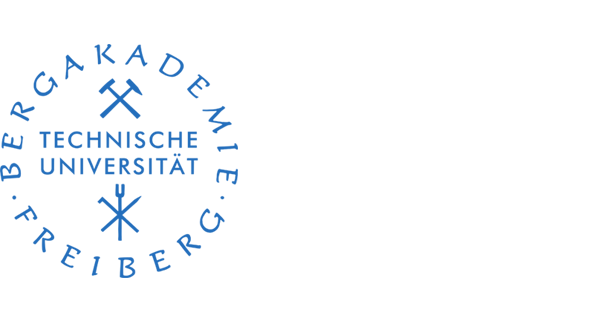 TU Bergakademie Freiberg is a public university located in Saxony/Germany and an EIT Raw Materials core partner in CLC Eastern. A research focus of the Virtual Reality Group at the Institute for Informatics concerns mobile robotic systems for mapping and monitoring of underground mines. The group has experience with a variety of sensors for such robots, including laser scanners, video and depth cameras, inertial measurements units, odometers etc., as well as with the processing of the large data amounts acquired during mapping sessions, both real-time and during post-hoc analysis. The group operates multiple robots suitable for underground mines, one of those serves as a first prototype. It is tested regularly in the re-search mine “Reiche Zeche” operated by the TU Bergakademie Freiberg to improve its manipulation and orientation capabilities. Research results on the sensor and actuator set-up of this robot has reached a TRL of 5, when it comes to the deployment into underground mines. TU Bergakademie Freiberg (TU BAF), Department for Mine Surveying and Geodesy as part of the Faculty of Geosciences, Geoengineering and Mining has a focus on various tasks along the process chain in mining. It has a long-term experience in capture, analysis, modelling, evaluation, management and provision of geo-information in the context of active and abandoned mining applications. Its vision is to turn geodata into mining intelligence. Current research projects include the H2020project Real-Time Mining, RFCS funded project RTRO-Coal (Real-Time Reconciliation and Optimization in large open pit coal mines) and the German r4-funded project UPNS 4D+ (Underground 4D+ Positioning, Navigation and Mapping System for highly selective, efficient and safe production of economy-strategic mineral resources).

END_OF_DOCUMENT_TOKEN_TO_BE_REPLACED

Indurad’s role in the project is to supply high accuracy and lightweight radar sensors, real-time data processing, local drone collision avoidance and positioning. Indurad has been founded in 2008 as a spin-off at RWTH Aachen. Indurad has been granted with the bauma Innovation Award 2010 and the AC² Innovation Award 2014. Indurad employs more than 60 engineers, invests about 1.5 Mio €/year in R&D and realizes about 75% of its annual turnover with the mining industry, including all major tier1 companies like RioTinto, BHP Billiton, Vale, Glencore, etc. Indurad brings a unique value add to the KAVA: In opposition to optical laser light, radar is highly robust to work independently of dust, snow, fog or rain. Indurad has continued the development with the latest Indurad LinearDynamicRadar offering >1000Hz measurement rate and sub millimeter accuracy. Exemplary a native 3D Indurad Radar is working since almost three years worry free at 600°C in a blast furnace of VoestAlpine in Austria, a series of 1D high speed radar sensors on a concrete spraying robot of Atlas Copco in Switzerland for underground mining. Indurad developed with RWTH-Aachen as a subcontractor an automation solution for a nuclear waste storage vehicle for the German nuclear waste mine Konrad. Indurad has skills from High frequency PCB board design, antenna design, A/D board development, FPGA programming, DSP programming, ARM Linux Programming, C++ programming, Python programming and PostgreSQL database design. Indurad has been developing its own software framework with several hundred thousand lines of modular object orientated code. Indurad is globally the first company in the resources sector, using WebGL 3D Graphics supported by the new international Web Standard HTML5, offering modern 3D data access for thin client illustration of stockpiles, bins or the content of ship holds.

END_OF_DOCUMENT_TOKEN_TO_BE_REPLACED

Boliden's underground mines are some of the world’s most productive. One reason for this is the constant development of new techniques and methods of exploiting resources in the best possible way. Boliden invest heavily in innovation for mine automation and maintenance technology and works constantly to modernize and streamline the design, planning and management of the mines to further raise quality. In particular, Boliden is already using driverless trucks in Kristineberg mine and has executed first pilot projects on flying drones for underground inspections of inaccessible areas together with project partner INKONOVA. Boliden is part of UNDROMEDAs advisory board.

END_OF_DOCUMENT_TOKEN_TO_BE_REPLACED

The Technische Hochschule Nürnberg Georg Simon Ohm (THN) is one of the largest universities of applied science in Germany with over 13.000 students. Automatization is one of the main topics in the research at the THN. At the THN autonomous systems are developed for urban mobility, logistics and medical equipment and for disaster control. In the Laboratory for Mobile Robotics at the Department of Electrical Engineering application oriented solutions for mobile robotics are researched. Problem solving strategies for challenges of autonomous systems are taught in specific courses and multiple bachelor, master and PhD theses have been done and are under way. Since 2012, the laboratory is taking part in the RoboCup Challenge, an international contest for autonomous robotics. In 2013 and 2014, the team from the THN scored second in the field of exploration robotics and won the champion’s title in 2015 in this field. The results of the research in this field are currently transferred to several industrial projects.

END_OF_DOCUMENT_TOKEN_TO_BE_REPLACED 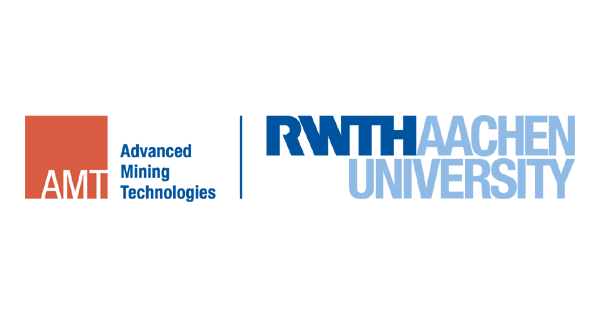 For many years, RWTH Aachen University has been ranked as the top technical University of Excellence in Germany. Joint research with industry and large collaborative research centers are a particular strength of this partner. The Institute for Advanced Mining Technologies (AMT) is part of the Division of Mining Engineering, Mineral Processing and Recycling at the RWTH Aachen University. The research activities of AMT are subdivided into four areas of application: Sensor Technology and Automation, Diagnostics and Maintenance, Rock cutting as well as Simulation and Engineering Tools. The focus of the work group
“Sensor Technologies and Automation” is to develop and evaluate new concepts for the automation of mining equipment. Regarding positioning and collision avoidance, AMT has a strong experience in conducting applied research projects, such as FEATureFACE, I²Mine, Real Time Mining as well as UPNS4D+.
Technologies AMT has worked with include e.g. INS, laser scanning, SLAM, UWB, radar, point cloud mapping, etc. Reference projects are RFCS - FEATureFACE – (Electromagnetic coal face environmental observation and recognition for feats in process optimization and occupational health and safety – PL, Participant (2012-2015), FP7 I²Mine – i²mine - Innovative Technologies and Concepts for the Intelligent Deep Mine of the Future – Participant (2011-2015), H2020 – Real Time Mining - Real-time optimization of extraction and the logistic process in highly complex geological and selective mining settings – Participant (2015-2019), R4 - UPNS4D+ – 4D+ Positioning, Navigation and Mapping System for highly selective, efficient and safe production of economy-strategic mineral resources – Participant (2015-2018).

END_OF_DOCUMENT_TOKEN_TO_BE_REPLACED

DLR is the national aeronautics and space research center of the Federal Republic of Germany. Its extensive research and development work in aeronautics, space, energy, transport and security is integrated into national and international cooperative ventures. In addition to its own research, as Germany’s space
agency, DLR has been given responsibility by the federal government for the planning and implementation of the German space program. DLR has approximately 8000 employees at 16 locations. DLR is also the umbrella organization for the nation’s largest project management agency. The main expertise of the Institute of Optical Sensor Systems is the development of intelligent sensors and data processing software solutions for commercial, industrial and scientific purposes. The Institute defines and develops geometrically and spectral high-resolution sensor systems from the visible to the terahertz spectra of the electromagnetic radiation as well as thematic real time processing of image data for information relevant for users for strategically purposes. The operational application for such sensors requires an extensive autonomy which allows the independent operating of the system.

END_OF_DOCUMENT_TOKEN_TO_BE_REPLACED 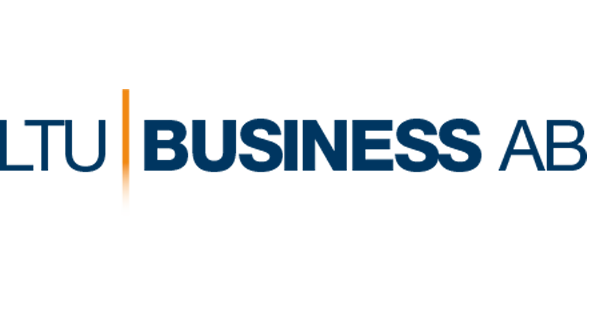 LTU Business AB is the largest business development company in northern Scandinavia. LTU specializes in business development, innovation management and professional education. In addition to being the official Technology Transfer Office for the Luleå University of Technology, LTU serves clients from both private and public sector. Today LTU holds a thirty year track record of running industry collaboration efforts and student programs in order to create growth in SMEs in northern Sweden, a region where several raw materials related companies are started every year. LTU's experience in business development have made it a trusted partner for innovation management on the international arena including numerous European projects in industry sectors including mining, renewable energy, ICT and more.